Sex Of Insects have released a remix package titled ‘Not This Song Again‘ via Ylotana Music. Indie Shuffle recently remarked about the duo: “To be honest, trying to write about anything while this remix is playing is impossible. Give it a try, if you manage we’ll have you on as a writer for Indie Shuffle. Lord. I. Can’t. Stop. Swaying.”

Needless to say, Sex Of Insects are making a name for themselves across the musical spectrum after the success of their recent releases ‘I’m Full Remixes,’  ‘I Can Hear The Light Remixes’, ‘I Can Hear The Acid Remixes’ and ‘All I Have A Know Remixes’, which have collectively racked up nearly 60 thousand plays on Soundcloud and has garnered the attention of tastemaker publications CLASH Magazine, Data Transmission, Konbini and Indie Shuffle as well as Youtube channels Deep Mix Nation and Madorasindahouse.
The package includes the original track, and remixes by DJ Koze and Depeche Mode & Placebo collaborator Sid Le Rock and Moscow-based electronic producer Dave Pad. The Canadian-born, now Berlin-based indie-electronic producer Sidney Sheldon Thompson aka Sid Le Rock has achieved success with a career spanning over 16 years to date with 6 LPs and well over 50 singles already under his belt. London-based Ajunadeep (Dusky, Vincenzo and Michael Cassette) alumni Dave Pad, Russian DJ and producer who may very well be Moscow’s best kept secret – with numerous releases and remixes in his back catalogue, he has most notably collaborated with fellow Russian deep-house producer Anjei, with their track ‘Cantec De Leagane’ being featured on the iTunes #1 Dance compilation ‘Anjunadeep 08’ late last year. An original remix created by Sex Of Insects’ own chief Anatoly Ylotana himself is also available in this package.
The remix package is packed full of vigorous beats, exploding percussion and effect-drenched guitars.  Delays swim and swirl against Alexandra Bartashevich’s powerfully haunting vocal work, providing more atmosphere than the earth itself. Once again SOI have put forth another sterling  package of remixes, and frankly, we’re quite glad that it was “this song again.”
Not This Song Again Tracklist:
1. Not This Song Again (Original)
2. Not This Song Again (Sid Le Rock Remix)
3. Not This Song Again (Sid Le Rock Instrumental)
4. Not This Song Again (Dave Pad Remix)
5. Not This Song Again (Dave Pad Instrumental)
6. Not This Song Again (Anatoly Ylotana Last Rose Remix) 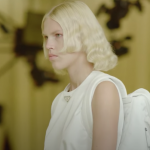 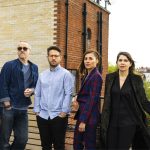