A sprawling, 16-track release, Year Zero is Tchami’s most complete record to date, a melange of sunkissed dancefloor energy with serious crossover appeal. It features no fewer than six singles released by the Parisian across 2020, starting with the carefree ‘Proud’ featuring Zimbabwe-born vocalist Daecolm, a hit that has racked up over 2 million Spotify streams. Further singles come in the form of the feelgood filter house of ‘Buenos Aires’, infectious basslines of ‘Praise’ featuring Georgia artist Gunna, deep grooves of ‘Born Again’, fluttering synths of ‘Ghosts’ featuring LA-based artist HANA and soul-driven vibes of ‘Faith’, underpinned by the legendary vocals of Marlena Shaw.

Additional highlights include album opener ‘Heartless’, a bumping house jam featuring the vocals of Chace, the wobbling bass of ‘All On Me’ featuring Zhu and emotion-tinged ‘Ain’t That Kind Of Friend’. Things are then closed out with ‘Damaged Hearts’, a collaboration with UKG legend Todd Edwards, with the pair crafting a glistening, cosmic house jam to sign things off triumphantly.

Coining the term future house, and widely recognized as the genre’s creator, Tchami has released chart-topping singles over the course of his career including ‘Promesses’, ‘Adieu’, and ‘Afterlife’, and culminated over 475 million streams across platforms. In 2020, Tchami has reached new heights as a producer, where he has co-produced four singles from Lady Gaga’s CHROMATICA album, including her first release ‘Stupid Love’, mega collaboration with Ariana Grande ‘Rain On Me’, followed by ‘1000 Doves’ and ‘Babylon’.

Tchami’s first ever album, Year Zero is a landmark moment in the career of one of dance music’s brightest lights. 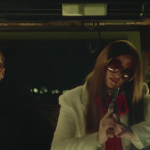